Outside of some heavy hitting on red and yellow, I really didn’t see much of Steven’s influence here. Admittedly, sometimes I have to watch a film more than once for the WOO references because I get so caught up in the story, they pass me by. So you might want to double-check me on this one. See Jaws, Sugarland Express, 1941, Jurassic Park, the Goonies, Indiana Jones and the Temple of Doom, Schindler’s List, Twister, Joe Vs. the Volcano, Duel, Used Cars, Inner Space, Memoirs of a Geisha for Steven’s thing about red and yellow.

Whatever, I was not enthusiastic about a second viewing. Not saying it was a bad film. Dated yes, but deliberately so in an American Graffiti kind of way. There’s an excellent scene where Pam sneaks into the Beatles’ hotel room to obsess over their stuff. I just didn’t feel like sitting through the whole saga again. Maybe that’s the bit of magic that defines Spielberg for me: I enjoy watching his films over and over in the same way I relish re-reading a favorite book. 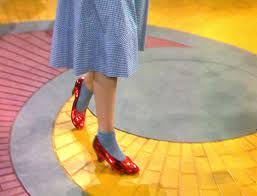 Anyway, out of curiosity, I looked up some background on this film . Robert Zemeckis directed it; it was his debut film. The studio insisted on enlisting Spielberg as back-up in case this new guy screwed it up. Zemeckis went on later to strut his stuff with Back to the Future, Roger Rabbit, Forest Gump, Romancing the Stone, among other blockbusters. Evidently, Steven had enough faith in his friend to keep his hands off this first story Zemeckis wrote and directed. But you will see WOO’s emergence in the next project they collaborate on: Used Cars.